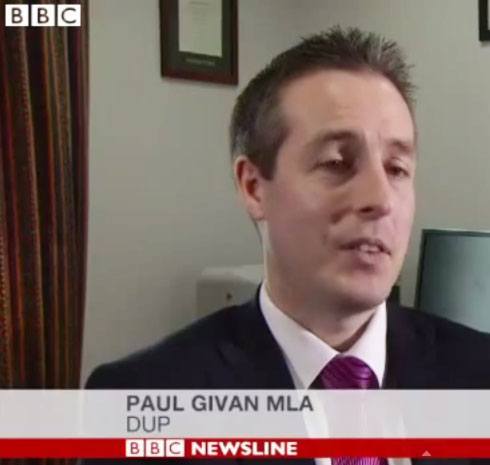 Equality Commission opposed to conscience clause bill in the north, I have looked at the profile of the infamous Paul Givan of the DUP and if you ask me he’s a little bit of a hypocrite. Why do I think this well its not because i’m gay its simply because I’ve heard hes views on a BBC show one night and then when I read the about page of the DUP “http://www.mydup.com/about-us” it says that they want a better Northern Ireland from everyone who lives there. 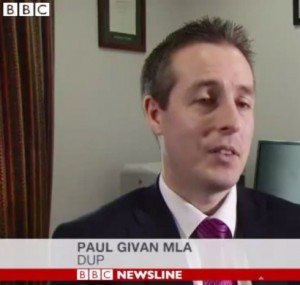 But if this is what they want they need to look at some of the interviews that Mr Paul Givan has taking part in from my view he is as hes party is deluded. I ask you to take into consideration that this is the same party that years ago was an enemy of the catholic church. But now they know that the people of the UK and Ireland see them for who they really are “Hypocrites”.

Its party’s like Sìnn Fèin and most of the rest of the political party’s down south, who stands up to the narrow minded views of the heads of both the DUP and the Catholic Church in the North. LGBT in the north are under threat if there are and i’m under no illusions there isn’t people who support the views of Paul Givan and the DUP.

With the help of you who read and share my posts on this matter we can show that these views are simply not acceptable in today’s society where there is so many young LGBT are committing suicide North and South lets stop this madness and love and let live, after all we are all equal whether we are man or woman so why not if we are gay or even a different color, have a  look at this genius Paul Givan’s bill aims and let me know your views

18th May 2015 / By Darren Dineen
We use cookies to ensure that we give you the best experience on our website. If you continue to use this site we will assume that you are happy with it.OK