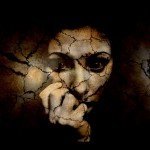 After I decided not to just sit back and give out about how Homophobia in Ireland is still alive and rapidly growing again in some schools, all because they say it is against their school rules to be seen promoting anything “LGBT”, this sickens me to be honest, because they can stand there and fill someone head with storys from a book that has been changed true the ages of time and say that god will be mad if man on man or woman on woman action is spooking of. This is bull-crap I went to mass as a young lad even did some work from time to time in the church I haven’t be struck down just yet and if I do it’ll not be for been gay.

I am going to take some head lines for the Irish Independent as seen in 2014 and can be found online @ www.independent.ie, this is how messed up the church is and how they say one thing in the school ran by the church. HOMOPHOBIA is “insulting to God”, Archbishop of Dublin Diarmuid Martin has warned. but then they will tell kids in their schools that one might go to hell for been apart or have anything to do with the “LGBT”.

This is a good one; Dr Martin said: “God never created anybody that he doesn’t love”, try tell that to some of the christians with their write wing views on been gay. I find this some what interesting; Dr Martin also noted: “Just because a person isn’t in favour of gay marriage doesn’t mean that one is homophobic – let’s be very clear on that.” But he added that “all of us have to be careful about the way we speak and the language we use”.

I don’t like the way he says “all of us have to be careful about the way we speak and the language we use” this isn’t the way I see it, just don’t try push your views on to me. I am NOT trying to get at the church or anyone who thinks the man in the sky is going to save them all from hell. I am simply trying to get people to get with the times guys.

My Journey Through My Music

12th May 2015 / By Darren Dineen
We use cookies to ensure that we give you the best experience on our website. If you continue to use this site we will assume that you are happy with it.OK