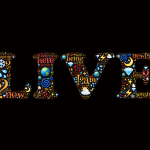 The Rise of homophobia up in the north of Ireland due to some of the political views of the “TUV” which is the Traditonal Unionist Voice, some of their views on same sex marriage is that of the good old Christianity views of old and I stress the word of OLD, there is the Christians of today who understand the rights that the LGBT are entitled to and furthermore there is gay Christians out there to, oh yes there is.

I watched a show on BBC 1 last night called Nolan Show it was a discussion panel show on same sex marriage and just being gay in general, this old man with his right wing anti gay head on him “oh you could just see the hatred in his face as the questions were put to him on the LGBT”, North Antrim MLA and TUV European candidate Jim Allister thinks that gay sex should still be against the law.

So its talk like this that puts young LGBT people running scared from other young people who are not so well educated in the correct teachings of the modern world we live in today, what will it take for people to understand that your not going to catch GAY if you pass us on the street. There was a woman from Sinn Fèin who is called “Caitriona Ruane MLA Sìnn F1ein” who is clearly in tune with world we live in.

To end this little rant of mine I urge you to have a look at the links I put up especially the YouTube link, thanks for taking the time to reading my blogs please feel free to comment and like even share, stay safe!

My Journey Through My Music

12th May 2015 / By Darren Dineen
We use cookies to ensure that we give you the best experience on our website. If you continue to use this site we will assume that you are happy with it.OK